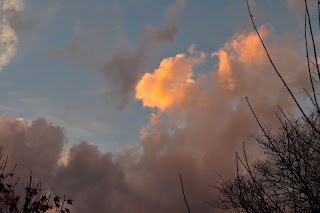 Fourteen months old. Walking. Sort of talking (though she refuses to perform on command, as you saw in the video).

Here I sit in my kitchen with a glass of wine to my left while Clementi sonatinas play soothingly. Quietly. I hear the music and not the noise of my children. Their childish noises are content, not overly boisterous and not loud in any sense. There is meatloaf in the oven, and it is just enough cooked that its aroma is starting to tickle my nose. Caroline intermittently crawls under my stool and then walks from the refrigerator to her favorite cabinet where she likes to pull out boxes of pasta and scatter the boxes across the floor. Along with the peaceful strains of Clementi I hear an occasional "uh-oh!" or "NO!" come out of my youngest's mouth.

Where have I been these past few weeks? Nowhere and everywhere. Busy and, yet, ordinary.

So, back to Clementi-- and that meatloaf that, despite being a big blob of greasy meat, smells intensely appetizing.

The National Geographic Channel's new miniseries premieres this Sunday evening. Our DVR is already set to record, and I am really looking forward to watching these with the older kids.

Just as I didn't want to post some pathetic, over-the-top entry about how the sky was crashing down around us the day following Barack Obama's election as President of the United States of America, I also didn't want to post immediately following this past Tuesday's election because I was too happy and excited about the results, and almost as annoying as whiney, over-the-top blog posts about election defeats, are the types of posts that are so celebratory that they shove the other side's losses in their face.

How can I not comment, though? For years I have been lamenting how the party I vote for the majority of the time has been losing its way on issues that matter most to me. But these Republicans-- Marco Rubio!, Scott Walker!, Ron Johnson!-- these people are free-market, small government conservatives. So many of our new elected officials are cut from the same cloth as Paul Ryan, and that is a good, good thing given our country's current economic woes.

I still don't know what to make of it all. How can a country vote for a president so much more liberal than the candidates they voted for the other night just two short years ago? Are our memories so short? Does President Obama differ that dramatically from candidate Obama in peoples' minds? Did President Obama overreach in his actions? Did different people vote on Tuesday than two years ago?

More locally, Wisconsin, a state that hasn't voted for a Republican for president since Ronald Reagan, I think, completely went Republican. It voted out a popular Democrat incumbent senator for an unknown entity. Our governor is now a Republican, along with both houses of our legislature. Our congressional delegation is now predominantly Republican.

I truly don't know what to make of it all.

Still, 1994 always remains in the forefront of my mind. Republicans were elected to reign in a president that was seen as governing more to the left than the rest of the nation. It didn't take long for those Republicans to lose their way and become part of the Beltway problem.

So, I am hopeful, but also realistic; voters have to continue to pay attention. Vigilantly. 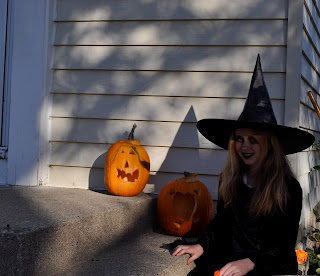 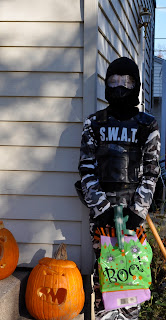 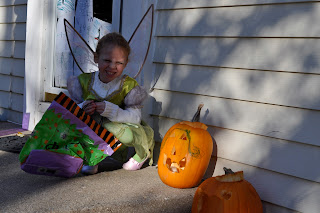 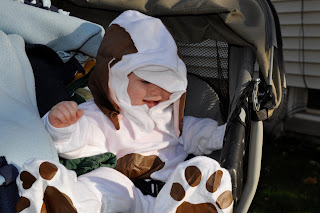 Each of the three kids is pictured next to the jack 'lantern that they carved (or, in Ellie's case, drew on the pumpkin, watched me carve, and then added those necessary touches, like hair, with marker). 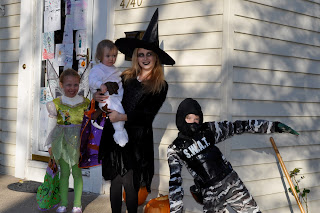